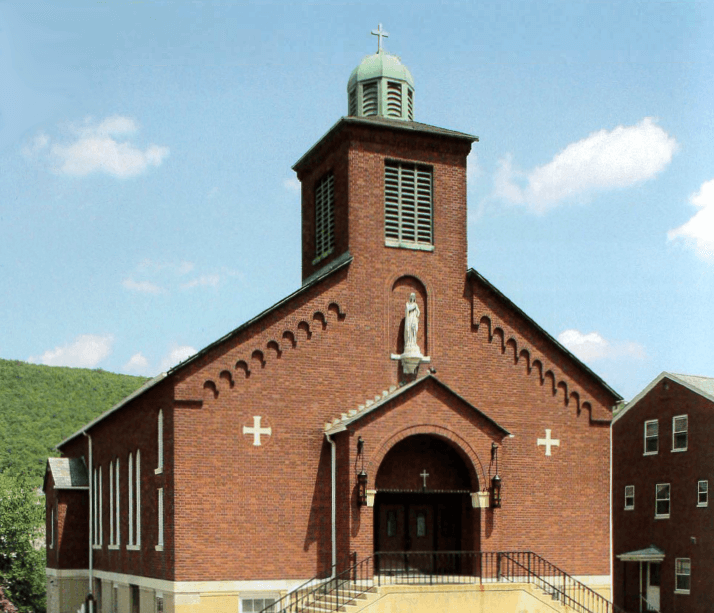 Saint Patrick’s Church was built on West Catawissa Street and Mill Street in 1839. Father James Maloney was the founder of Saint Patrick’s. He resided in Beaver Meadows and said Mass once a month in Nesquehoning prior to 1848. Decades later, Father Michael Bunce said Mass every other Sunday in Nesquehoning. In 1883, he purchased property on West High Street for the new Sacred Heart Church and the cornerstone was laid on September 4, 1887. The old Saint Patrick’s was torn down in 1889. Saint Patrick’s Church site became a parish cemetery. Sacred Heart School was built in 1925 and taught by the Sisters of Mercy of Merion. The convent was erected in 1925. In January 1929, the school was damaged by a disastrous fire. Students attended classes in Saint Mary’s church hall, during rebuilding of the school. The school closed on June 8, 1973. In 1975, the church was completely renovated and the basement excavated for use as a social hall. Sacred Heart celebrated their 100th anniversary with a Jubilee Mass on August 30, 1987. Father Clifton Bishop, M. Div. was the last pastor of Sacred Heart Parish.

Our Lady of Mount Carmel Parish in New Columbus was established in November 1913. The parish began in a town named Little Italy. Italian immigrants founded Little Italy in 1884. Numbering approximately 120 families, these early settlers worshipped at Sacred Heart in Nesquehoning. In 1904, Father Paolo Gentile came to Little Italy to say Mass on Sundays in a dilapidated building. He built the first church in 1905. In 1906, the church in Little Italy became a mission church of Saint Joseph’s in Pottsville. In November 1913, Archbishop Prendergast elevated the mission to a parish and appointed Father Luigi La Bella as the first resident pastor. A rectory was built in 1914. In 1918, Little Italy was abandoned due to mining operations, making it necessary for the residents to relocate to the new town of New Columbus. By 1920, the entire population of Little Italy had moved to New Columbus. The new church in New Columbus was rebuilt and dedicated by 1920. On October 15, 1945, the Grotto Shrine was dedicated. A parish hall was completed in 1950. Ground was broken for a new church on February 26, 1950. 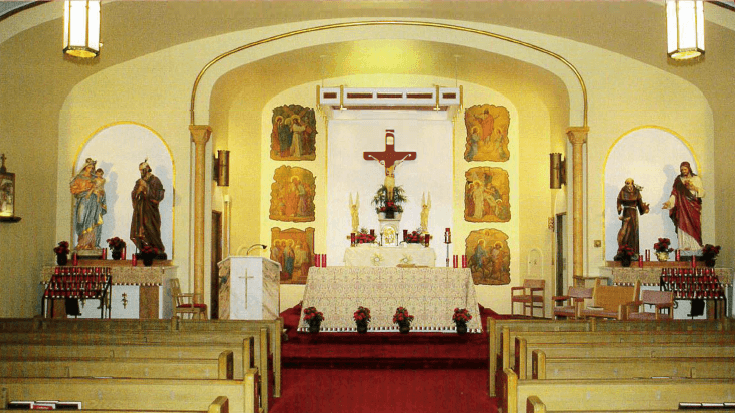 Immaculate Conception Parish in Nesquehoning was established in 1914. Corby’s Hall on West Catawissa Street was rented to a group of Slovak immigrants for the purpose of conducting Sunday services in 1912. Father John Ludwig, pastor of Saint Joseph’s in East Mauch Chunk, was appointed to administer services in Nesquehoning. The rented hall soon became overcrowded and a larger place was rented on West Railroad Street. 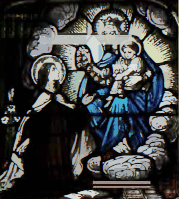 On April 12, 1914, Father Ludwig held the first Mass on West Railroad Street. Membership increased rapidly and he proposed that a larger church be erected on a suitable parcel of land to be purchased. A house and lot were purchased on West Mill Street. The cornerstone for the new church was laid in 1920. Father John Neverosky was appointed the first resident pastor in 1923. In 1940, building of the new church was begun. The church was dedicated by Bishop Lamb of Philadelphia on June 1, 1941. In 1950, additional land was purchased and a new rectory was built. Later, the rectory was transformed into a Religious Education Center. Father Clifton Bishop, M. Div. was the last pastor of Immaculate Conception Parish. 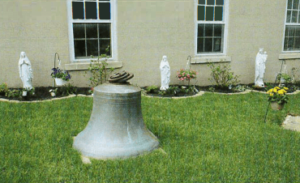