By 1826, infrequent visits were made to the area by Father Courtney, Father Cummings and Father John Fritzpatrick from Pottsville. A decade later, Father Wainwright was made pastor at Pottsville and he began making regular visits Summit Hill. In 1840, Father James Maloney was transferred to Tamaqua and began tending to the spiritual needs of the Catholics in Summit Hill. By the early 1840s, Thomas Connahan had provided a stable to hold Masses. A church was built in 1844. Father Maloney prepared a schoolroom in the basement of the church and then began the enlargement of the church building. Saint Joseph’s was established as a parish in 1850. Father Ambrose Manahan became the first resident pastor in February 1852 and completed the church enlargement.

In October 1854, Father Basil Shorb became resident pastor and built the first rectory. In August 1858, Father Hugh Magorien became pastor. He built the office of the residence and improved the church. In August 1860, Father James Kelley became pastor. In the fall of 1860, he removed the rooms from the church, built a sanctuary, added 21 pews and connected the pastoral residence to the church. Father James Wayne came to Saint Joseph’s in April 1877. He purchased land on White Street for a cemetery and also built a portion of the rectory. On June 21, 1882, the cornerstone was laid for a new church by the Very Reverend Maurice A. Walsh. Father James McConnon became pastor on September 29, 1903. He enlarged the rectory. Father William Barrington arrived in March 1911. He went to work on repairs on the church and enclosed the entrance from the sacristy to the basement. 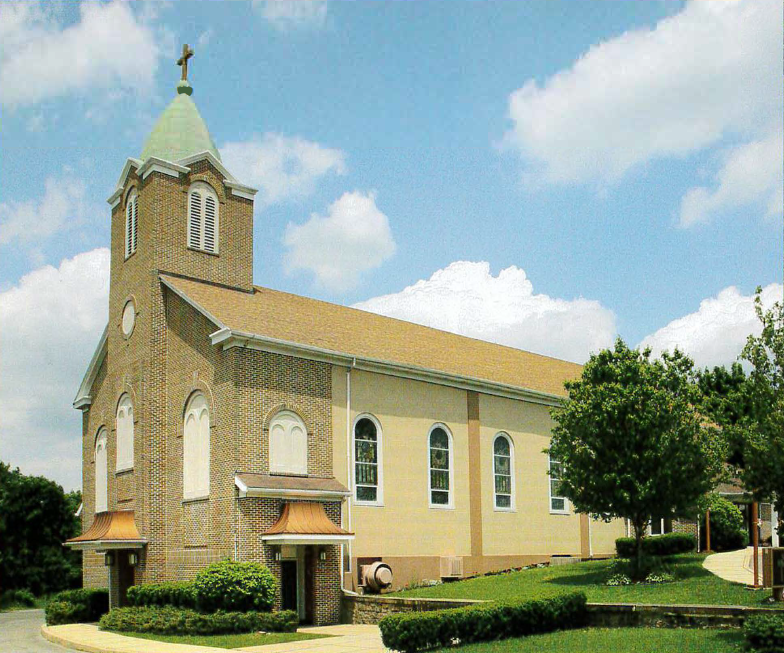 In December 1926, the parish purchased property for a convent and the erection of a school. The new school was to be erected on Ludlow Street, opposite the rectory . On June 19, 1927, the cornerstone was laid by Father William Sullivan and the Sisters of Mercy from Merion agreed to staff the school. The school building was not ready for the opening day on September 6, 1927, so the Sisters began teaching in the basement of the church. On October 16, 1927, the new school located near the center of town behind the convent was dedicated by Monsignor Hugh Lamb. Father William Begely became pastor in September 1944. He made repairs to the church that had been neglected during the depression years. Father Joseph McPeak came to Saint Joseph’s on September 15, 1948 and made many repairs to the church. He renewed the pews, painted the interior and added new confessionals. Rev. Robert J. George is the current pastor.